How to create characters we feel for 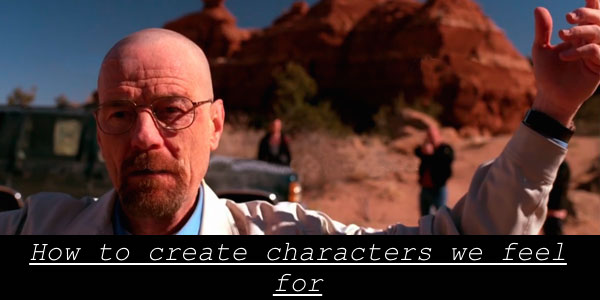 Is it important to know all the character traits to make us feel for our hero? Is it necessary to know that he or she has long hair, is small, tall, thick or thin? Well it depends… Some traits can give an important asset to understanding the characters behavior, and others just differentiate him or her from the rest of your cast. For example; if your hero is badly obese, this could be a trait that has something to do with his inner weakness. He might be a very depressive person, who deals with rejection by eating up all the pain, literally.

So, if it is not the characters traits that make us care about a hero, what is it instead?

The weakness is what hurts the hero in such a fundamental way, that it will take him/her a lot of guts to get over it and solve it. So, the question will be throughout the entire movie, how will he/she be able to overcome this weakness.

The goal will be the mission, so to speak. The one thing that sets your story in motion. But it will be much more. If it is set up right, the goal forces the hero to deal/overcome his/her inner weakness. This is essential!

NOTE: Create a goal, that will force your hero to deal with his weakness.

Going back to my example from the beginning: For the badly obese boy, it would mean, that the main goal is set in such a way, that this kid needs to loose weight in order to ‘get the girl’ or ‘win the tournament in a sports event’ etc. … I think you get the message. There are many examples of how to set a goal I justed picked this one, because it’s something that you can show rather than tell, and be sure, that the audience knows what’s at stake. It also has a nice meta touch to it, Because he has to literally loose weight in order to get the depressing ‘weight’ of his mind and be free, in a physical, as much as in a physiological way.

But enough of the theoretical approach. How can you introduce a character after you made sure you did set up these two elements: weakness and goal.

I think these steps really speak for themselves. If not, let me know and I will happily give you some more examples.

Feel fee to drop me a quick note, and I will get back to you as soon as possible. Yours truly Ben